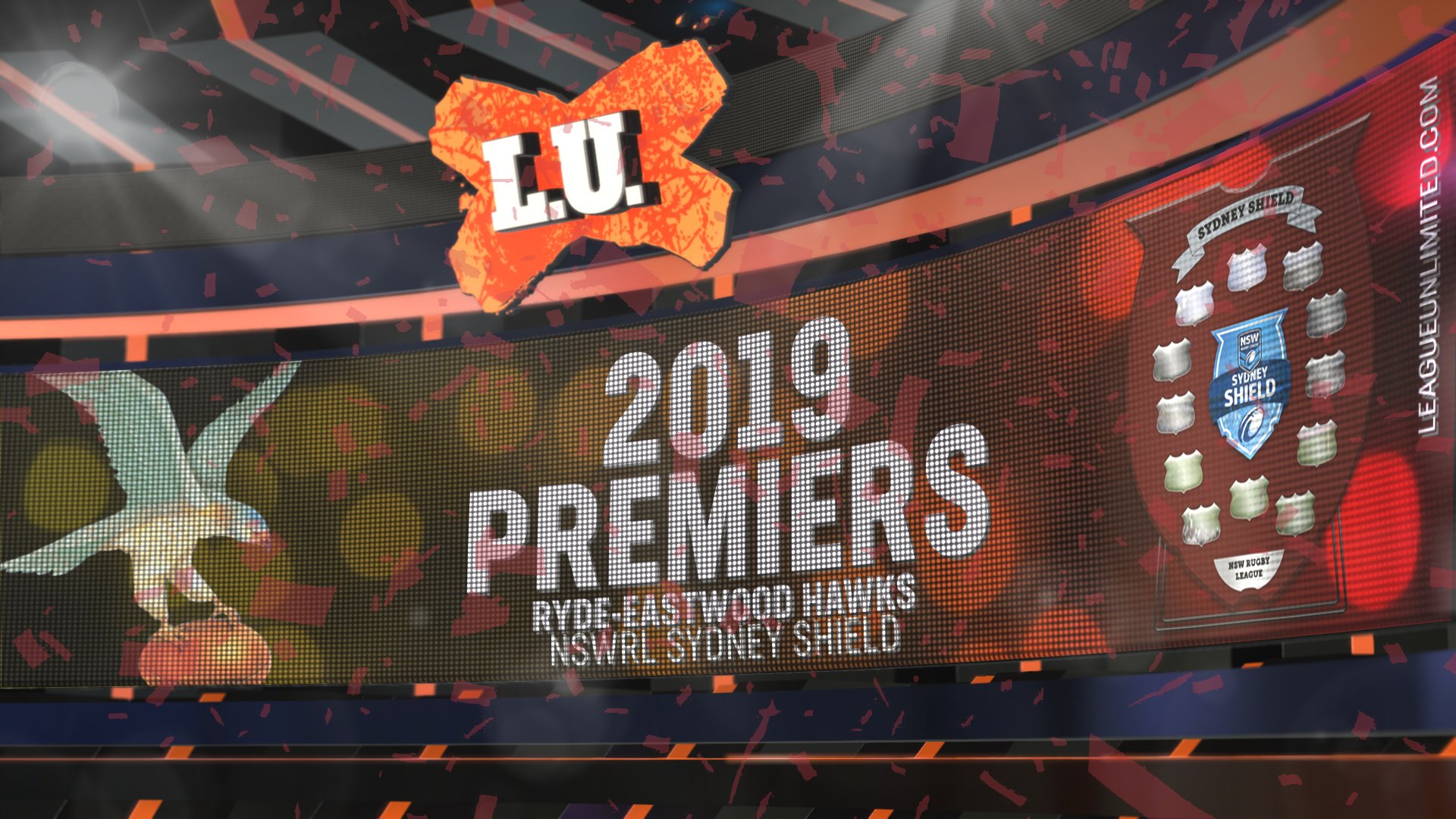 The Ryde-Eastwood Hawks have won their first Sydney Shield premiership after they defeated the Cabramatta Two Blues 22-12 at Leichhardt Oval.

Adam Rizk was judged as the best on ground after a fantastic game with the boot, recording two try assists that both game from kicks.

"It's unreal, it's a great bunch of boys we've got here," Rizk told nswrl.com.au.

"Cabra came out hard but I guess we were more hungry which was great. It's a top feeling.

"It's our first season as a Shield side, they wrote us off at the start of the year and to come back and win the Grand Final is unreal."

The game was full of feeling and fire; tensions were high in a game that saw two lead changes where the teams went try for try.

A slick right-side play saw the Hawks almost score one of the great long-range tries but were denied by some great Cabramatta scramble. They scored the next player however when Adam Rizk put in a cross-field kick for Tyler Seymour to snatch out of the air and score.

Cabramatta were offside off the kick-off and conceded another penalty off the ensuing set to which Ryde-Eastwood took the gift two points.

The next opportunity for points came for Cabramatta and after two near chances on the left-side of the field, Tavena Koroisau powered through on the right to score a great try. They took the lead for the first time when Sam McGregor reached out and scored under the black dot.

A line-break off the scrum followed by a penalty put the Hawks back in field position and they capitalised on the opportunity when Angelo Panambalana passed to Bradley Cousins who ran a strong line and bullied his way through the defence.

The Hawks took the lead back early in the second half when Cousins broke through from deep inside his own half and passed to a supporting Josh Rizk who ran 70 metres untouched on his way to the try-line.

Panambalana flew high to extend the Hawks' lead to eight when he chased and caught an Adam Rizk kick to score next to the posts.

The win is the first premiership for the Ryde-Eastwood Hawks, who came from fourth position to take it out.

It was a bittersweet moment for Ryde-Eastwood Hawks football manager Michael Frain, whose son Justin Frain, played in the losing Cabramatta team.

"It's been a tough day actually," Frain said.

"After the first month we (the Hawks) just gelled. It was a phenomenal finish to the season, I think it was 11 in a row, so it was an unbelievable effort from the boys."

This article originally appeared at NSWRL.com.au, written by Matt Buxton.