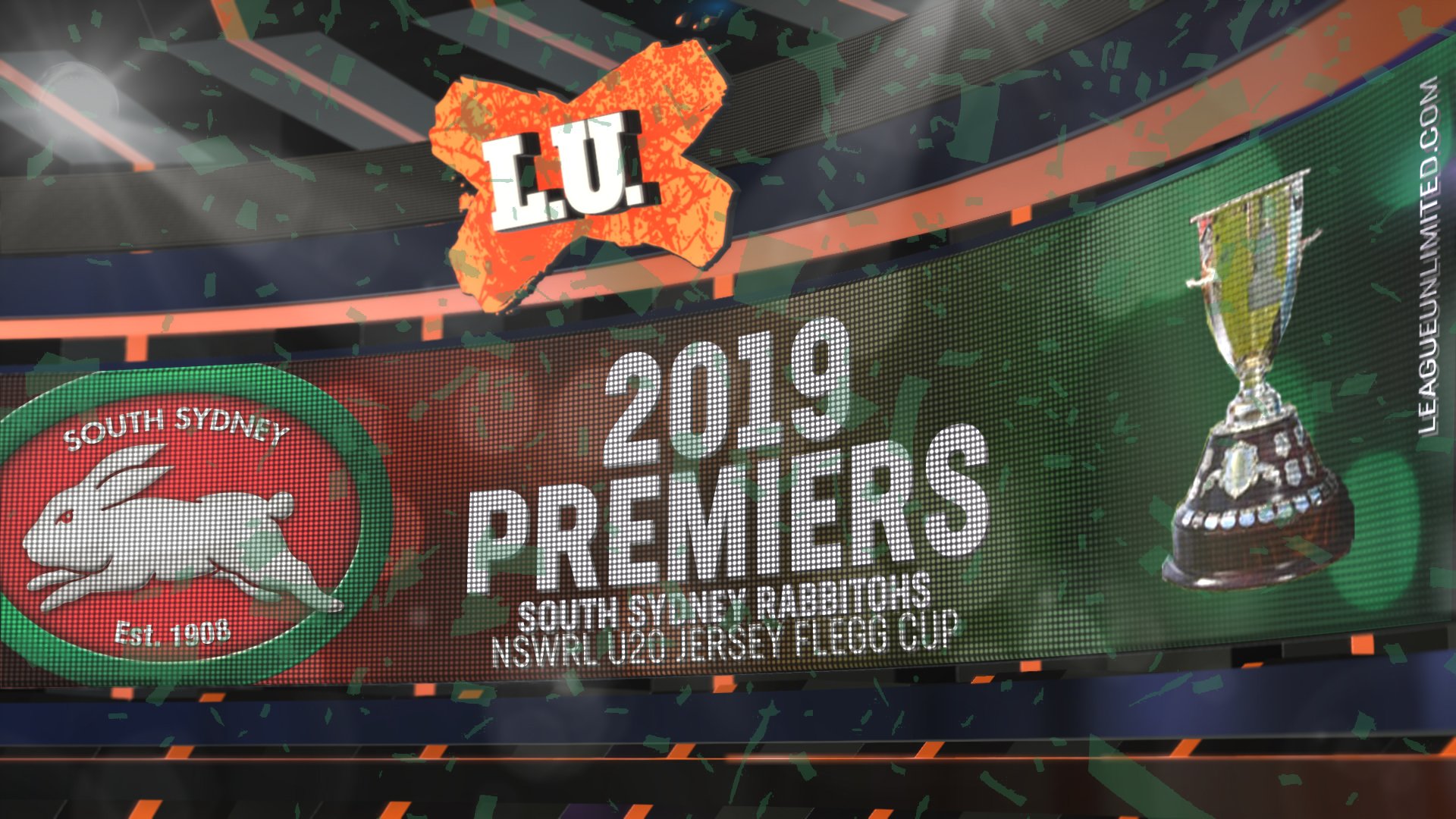 The South Sydney Rabbitohs are the 2019 Jersey Flegg Cup premiers after a drama-filled 16-14 victory over the Canberra Raiders at Bankwest Stadium.

There were incredible scenes after the siren when Souths were penalised for a deliberate forward pass. The Raiders had a chance to send the game into extra time with a kick at goal for a tough position, but it was waved away.

A wayward pass that was thrown early in the contest thanks to some great defensive pressure was jumped on by the Raiders and given out wide to Semi Valemei, who used every millimetre next to the sideline to acrobatically plant the ball down.

Harley Smith-Shields was sent to the sin bin and the Rabbitohs took advantage of the extra man in a big way. A perfectly executed scrum-play was finished off by Nicholas Mougios to score untouched in the right corner, before the halves linked up shortly afterwards when Lachlan Ilias threw a pin-point pass to Blake Taaffe who caught it at speed and powered his way over the line.

The halves indirectly combined again for the Rabbitohs next try when Ilias put up a spiral bomb that would an absolute nightmare for any fullback in any grade. Smith-Shields couldn't hang onto it Taaffe skilfully picked the ball up at full pace to run away and score.

The Raiders raised Taaffe's first half double with a first half hat-trick of their own when Valemei scored two more tries just before the break. The first was off the back of a great bullet pass from Joe Roberts, before co-captain Darby Medlyn did the same shortly afterwards for Valemei who flirted with the corner post but got it down.

South Sydney led 16-14 after what was a free-flowing first half that saw six tries, but the second half was the complete opposite.

Both teams defended superbly in what was a try-less second half, but the moment of the match came after the siren had sounded. Souths had possession of the ball and Brad Zampech deliberately threw the ball into touch to finish the game. The Rabbitohs players celebrated without realising the referee had blown a penalty for a deliberate forward pass and the Raiders had a chance to take the game into extra time.

This report originally appeared at NSWRL.com.au, written by Matt Buxton.