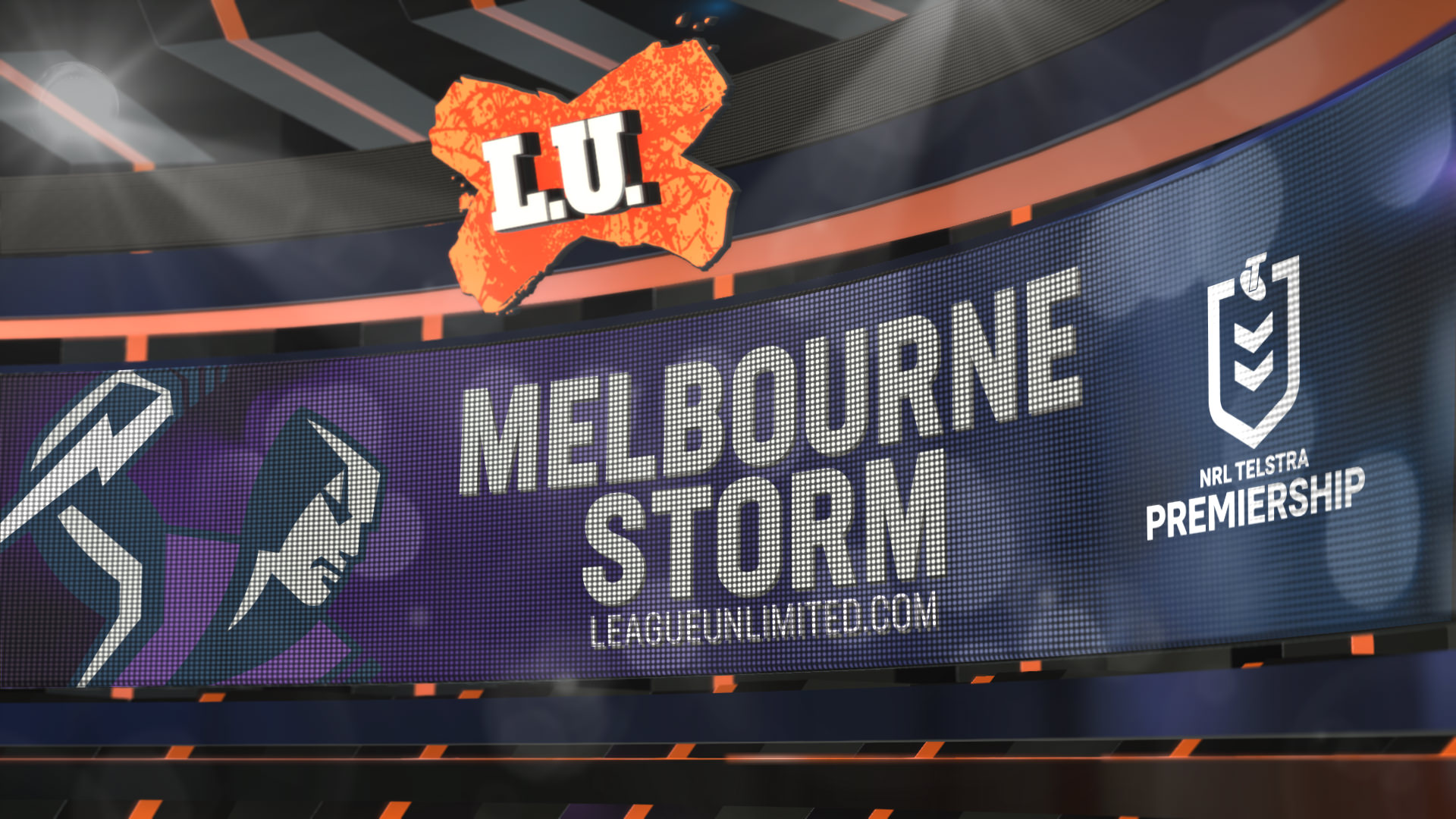 End of an era ... or is the window still slightly ajar?

2018 finished with probably the most un-Storm like performance of the last three years, and what compounded the impact of this was that it was on the biggest stage. Twice in the last three seasons the Storm have delivered a sub-par performance when it mattered most, first in 2016 where they were able to rally in what turned out to be one of the most exciting finishes to a grand final in recent memory. But in 2018, the Storm were unable to lift themselves in the second half, and faded into the night without so much as a whimper.

2019 begins with a lot of questions hanging over the Storm, but the most obvious and probably the most important, is who takes the number 1 jersey now that favourite son Billy Slater has retired. In 2016, Melbourne made the grand final without Billy Slater at fullback, his position filled brilliantly by Cameron Munster. Flash forward two years and Munster is the incumbent Queensland five-eighth, and a star in his own right in the number 6 jersey.

The second most interesting dynamic is going to be the load share between the Smith brothers (Cameron & Brandon are definitely related!). Cameron Smith is considered the greatest hooker to ever lace a boot and an immortal in waiting, while Brandon Smith is an up and coming star who made his test debut at the end of 2018. The problem? They share the same position. In 2018 this was negated with Brandon playing as a running forward, so with Cameron re-signing for two more years, the simple assumption would be that this would continue. Having said that, as Brandon continues to develop, I would expect him to see more minutes in his preferred role of hooker.

The last major query - and at the start of 2018 seemed most unlikely - is the fall of Will Chambers, a mainstay of the Queensland and Australian sides in recent years. On almost every occasion in last year's Origin series and the NRL decider, he was found wanting in his match-up with young gun Latrell Mitchell. Can Chambers find a new level in order to match it on all the big stages with Latrell, or has his time in the sun come to an end?

If big-game experience is key to winning grand finals then the Storm have to be in the conversation of potential 2019 premiers. No-one in the game has more big game experience than captain Cameron Smith, and beyond Smith are an array of stars who have played multiple Grand Finals, Origins and Test matches. This experience, coupled with a very impressive crop of young guns and the continued development of Brodie Croft in the halves should see Melbourne there or thereabouts again.

If you're looking for reasons why the Storm can't win it, then look no further than the performance in the 2018 Grand Final. With club legends retiring in Slater and Hoffman and a chance to get one over long-time friend and teammate Cooper Cronk, Melbourne were the proverbial deer in headlights - and despite all that experience, they still froze.

2019 sees them commence a season without all the big game experience of both Hoffman and Slater, and surely Bellamy can't find a way to replace such leadership in one off season. 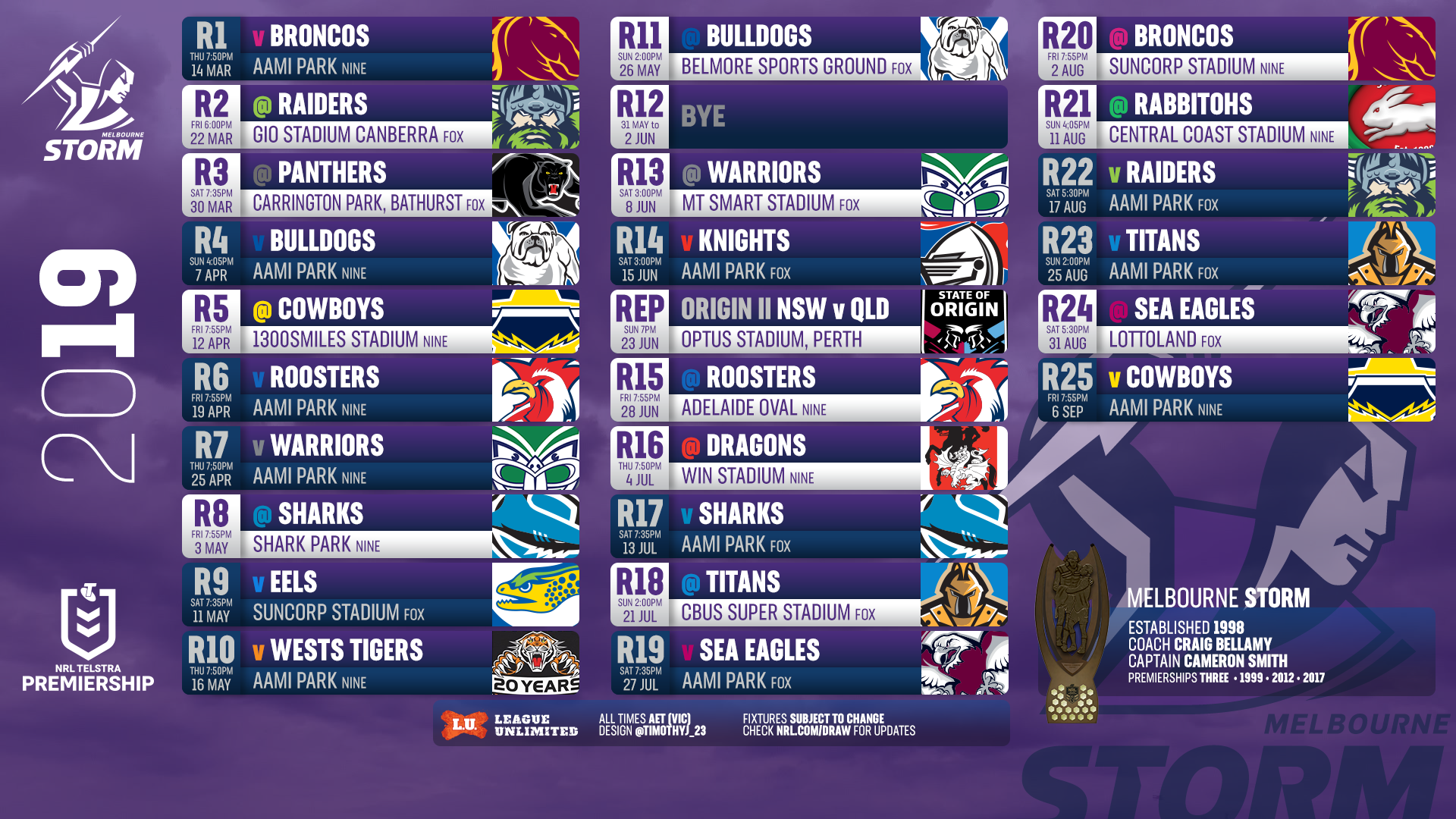 There are two key players on whom the Storm's chances in 2019 hang, these two players are the ones in the #6 and #7 jerseys. An experienced dynamic forward pack, slick outside backs and one of the game's greatest minds at hooker.... all of this is worth naught without strong direction coming from the halves. The expectation is that Munster and Croft will start the season as the halves pairing, and Melbourne's fortunes will rest largely on these two men.

Jahrome Hughes is largely expected to fill the void left by Slater as best he can, however, the fullback position isn't locked down just yet. In just one game last year, Scott Drinkwater showed the world the potential he has - in fact in many ways he played like a young Slater and with the mercurial fullback hanging around in a mentoring capacity, there's every chance he steals this position from Hughes and he has all the potential to set the NRL alight! 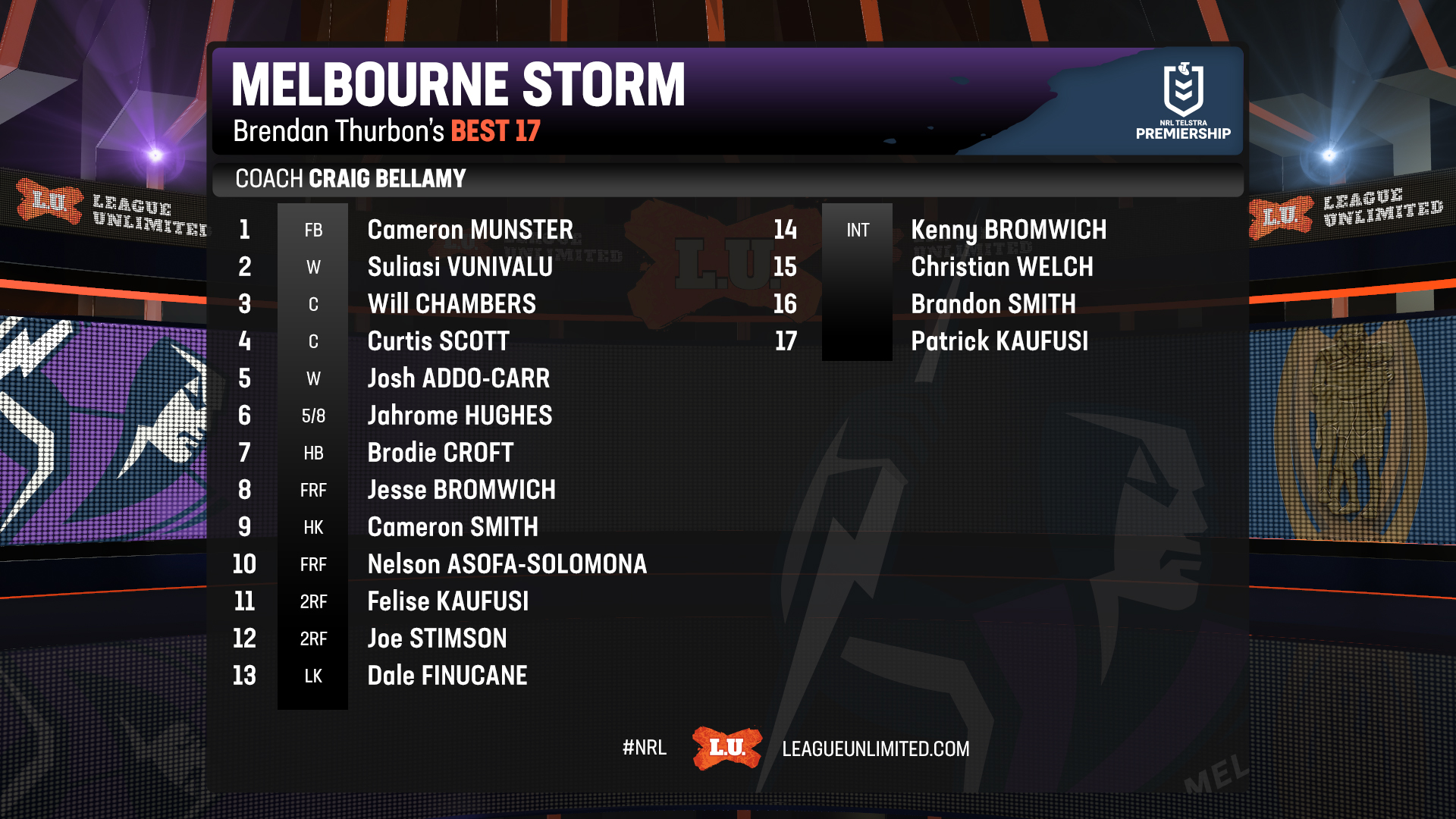